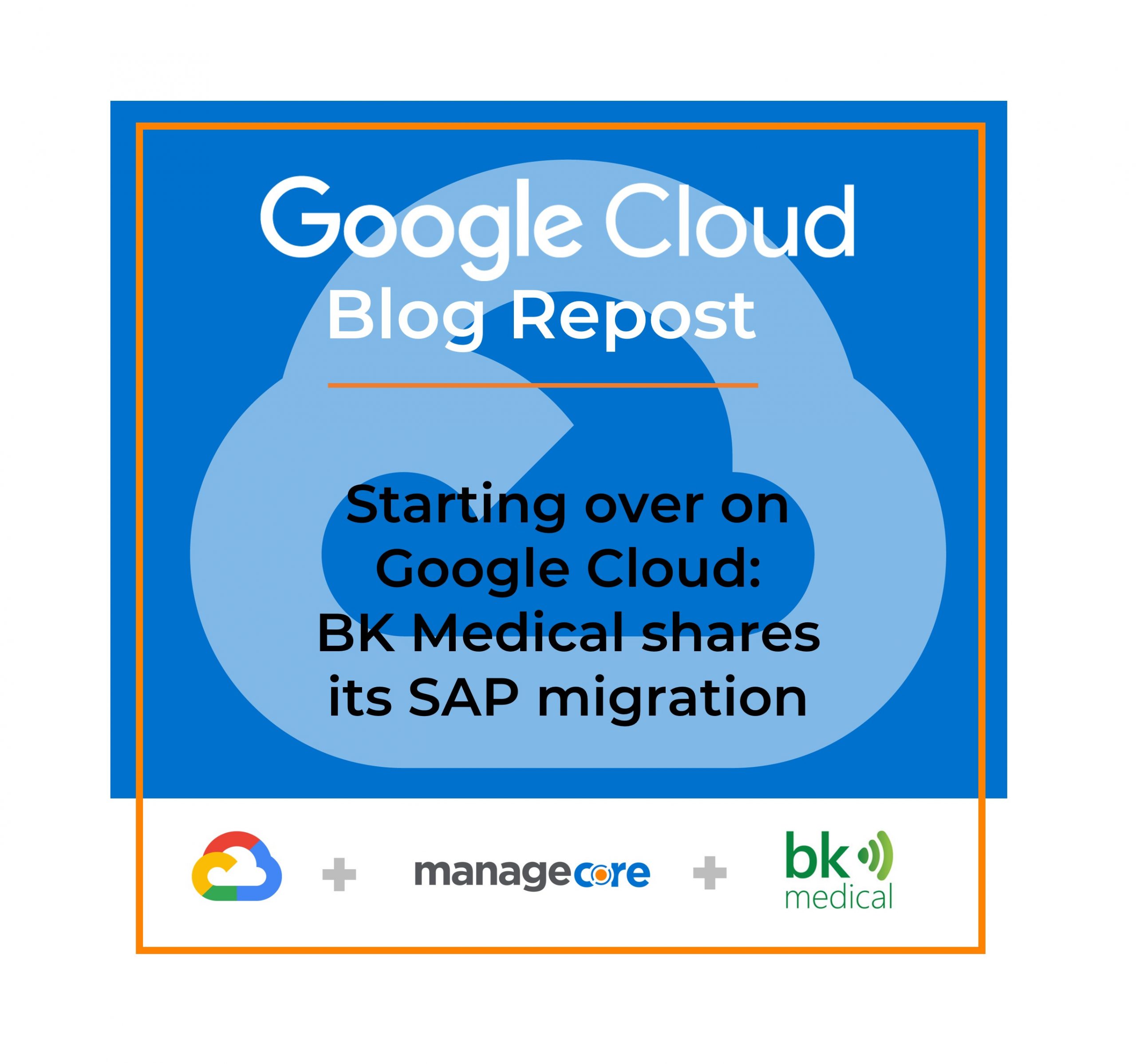 When BK Medical, a leading medical device manufacturer, became an independent company in 2019, it faced a major technological hurdle: separating its own SAP environment from that of its parent company.  The well-established maker of surgical ultrasound machines is now striking out on its own after being part of Analogic Corporation for four decades. “We’re a 40-year-old startup,” jokes Michael Puleo, Global Director of Information Technology at BK Medical. “We have to stand up on all our own applications and run our own company.”

BK Medical uses SAP as its system of record for ERP, which includes its financials, sales, distribution, project management, and HR functions. At the time of the divestiture , Analogic managed its own on-premises deployment of SAP ECC 6.0, and BK Medical knew that it wanted to deploy its own SAP environment in the cloud. With a mandate to complete the split as quickly as possible, BK Medical decided on a “lift and shift” approach with an eye toward migrating to a SaaS deployment in the future. “Nobody wants to have a big footprint in a data center anymore,” Puleo explains. “This would be a good opportunity to move to the cloud, so that was our approach.”

BK Medical chose Managecore as its implementation partner, which in turn proposed Google Cloud for cloud infrastructure. Once the migration was complete, Managecore would continue to manage the SAP landscape in the new Google Cloud environment.

From the outset, the small BK Medical IT team relied heavily on Managecore’s experience and expertise, having left behind its former SAP administrators when it parted ways with Analogic. “As soon as we signed the contract, [Managecore] jumped on board and we started the project,” Puleo recalls. “While we took care of the business requirements, Managecore handled everything on the technical side. They would let me know if we fell behind and kept me informed about any risks they anticipated. They really made us feel comfortable that they knew what needed to be done.”

A rapid move to Google Cloud

From start to finish, the project took less than three months. The final data transfer was completed over the allotted weekend, and was up and running in time for a China-based business unit to log in and start using it Sunday night.

“It was a bit of a nail-biter, but in retrospect, it went so smoothly that it almost felt like a non-event for the end users,” Puleo recalls. “We didn’t inconvenience the business at all.”

The migration also included other, non-SAP systems, including document management, expense management and sales tax systems as well as other middleware systems and data warehouses. “With Managecore, it was executed so perfectly that it surprised everybody,” says Puleo.  In addition to the smooth transition, BK Medical is happy to have Google Cloud and Managecore worry about infrastructure and security so it doesn’t have to. What’s more, the occasional outages experienced with the previous on-premises deployment have become a thing of the past.

“Managecore’s partnership between Google and SAP delivers tremendous value for our customers,” says Frank Powell, Managecore President/Partner. “This was a great opportunity to architect a Google Cloud environment tailored to BK Medical’s needs and perform a cloud migration of their complete SAP landscape that minimized the impact on not one, but two companies. The Managecore team is also happy to provide ongoing support of BK Medical’s cloud infrastructure and SAP applications so they can focus on running their business.”

Looking forward to the future

With the migration complete, Puleo is focusing on building his SAP team, fine-tuning configuration, and cleaning out any outdated artifacts from the database. “Once that team is together and we get all the immediate rush issues resolved so that we can continue our business, we’ll start planning for the S/4HANA upgrade,” he says. This upgrade will give BK Medical a number of key benefits, including improved reporting to replace both the manual processes that involve Excel spreadsheets and external databases.

In addition, the company still shares a third-party manufacturing execution system (MES) solution with its former parent, and it hopes to migrate that functionality to SAP as well. “It’ll be great to get all the metrics to gain visibility into our manufacturing variances, see how well we’re doing and how we can improve the business,” says Puleo. “We’re barely touching what SAP can do for manufacturing.”

He’s also impressed by the array of tools that Google Cloud offers, such as BigQuery and advanced data analytics, and hopes to take advantage of them in the future. “Those would definitely be solutions that we’ll look at, as well as other reporting tools that Google might offer that will come in handy,” Puleo explains. “We’re a really data-driven company. We have a lot of engineers and a lot of marketing teams that are looking for this data, and we’re looking forward to providing it.”

We make what's complicated, easy. Our thought leadership approach starts by working directly with you to weigh the options and find the right solutions for your company. We are able to minimize costs and optimize your SAP/IT investment through our proven solutions. We're founded on the principles we call the T&C's of Managecore, Trust/Transparency and Communication/Collaboration.

Strong SAP expertise combined with state-of-the-art technology allows us to constantly watch and maintain your SAP and IT environments. Operations are routine. Issues are nonexistent.

We’ll quote your solution in 24 hours!